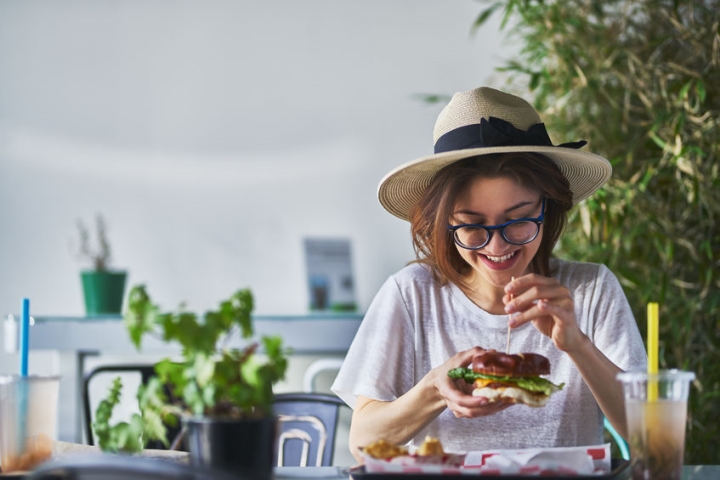 Change one meal a day to improve your health - and the environment!

Did you know that the production of the food we eat is a major source of greenhouse gas emissions? With the ever-increasing concerns about the effects of climate change such as global warming and unpredictable weather patterns, many environmentalists around the world are urging us to change our diets.

Nearly 15% of Australia’s greenhouse gas emissions come from agriculture, and of that, 67.4% is methane from livestock. As noted on abc.net.au, Australia is one of the biggest eaters of red meat, with a per capita figure of 26 kilograms of beef per person in 2017. On top of that, we chew our way through 9 kilograms of lamb meat per person a year. Although consumption overall is declining, we still remain in the top 5 countries of the biggest beef eaters. That’s a huge contribution to the deterioration of our planet.

Changing just one meal a day – swapping from a meat and dairy based meal to a plant-based meal will dramatically cut down your carbon and water food-print. According to Suzy Amis Cameron, environmental advocate and author of OMD: The Simple, Plant-Based program to Save Your Health, Save Your Waistline and Save the Planet, if you eat just one plant-based meal each day for a year, you’ll save almost 757,000 litres (200,000 gallons) of water and the pollution equivalent of 4,828 kilometres (3,000 miles) driving in your car.

So how can you swap just one meal a day and join the OMD movement? While it might be difficult for many of us, let’s take the journey to healthy eating one day at a time. To help you get started, here are some vegan recipes that will not only keep you healthy but will also help save the planet.

Yummy burgers don’t always have to be made of meat – just check out these 35 vegan veggie burger recipes by Richa. Another super-tasty and super-quick idea is to mix together equal quantities of finely chopped artichoke hearts and smashed chickpeas or white beans, then add onion powder, lemon zest, chopped rosemary, salt and pepper. The mixture will be very soft so add some rolled outs to give it more structure. Form into patties and bake for about 30 minutes or grill on the BBQ.

What better way to eat burgers than to partner them with crisps? Not the traditional deep-fried potatoes though. Beets are a great alternative to potatoes as they’re packed with antioxidant compounds. Slice the beets as thinly as you can or use a slicing blade. While they may not be as crispy as potato chips, setting them aside for an hour after tossing with some avocado or olive oil and salt will make them crispier. Bake for about an hour or until you’re satisfied with their crispiness. There you have it - burgers and chips for a complete vegan meal for one day.

We’re getting big here - mushrooms are the new ribs! Not only are mushies healthy and environment-friendly, they are also full of glutamates, the compounds that give that lovely umami flavour to food. For these vegan barbecue ribs, king oyster mushrooms are the best to use but portobello and shiitake mushrooms are also great alternatives. Cut the mushrooms into halves and roast in the oven for about 30 to 45 minutes. When cool enough to handle, shred with a fork until it looks like pulled pork. Season it with your favourite all-vegan barbecue recipe then add some chickpea flour until it forms a dough. Divide and shape the dough into “ribs” and wrap each piece with cling film. Refrigerate for two hours, remove the cling film and wrap in rice paper sheets. Secure the seams by searing in a pan with a bit of coconut oil then glaze with the left-over barbecue marinade and BBQ for a few minutes while constantly brushing it with the sauce until it builds a rib-like skin. Just like that. A vegan barbecue on a Friday night.

While you may not be inclined towards plant-based food, changing just one meal a day is a great way to start your journey to healthier and more environmentally friendly eating. Start stocking your fridge and pantry with the vegan ingredients that you need, and if you’d like to add some new appliances to help you whip up those vegan delights, we can put some money in your pocket to help pay for it. Just check out our fast cash loans $1,000 - $5,000 to find out how quick and easy it is to get your hands on some extra funds. Once a loan is approved, we can usually deposit the cash into your bank account within a few hours - so you can start implementing your one meal a day program this week!