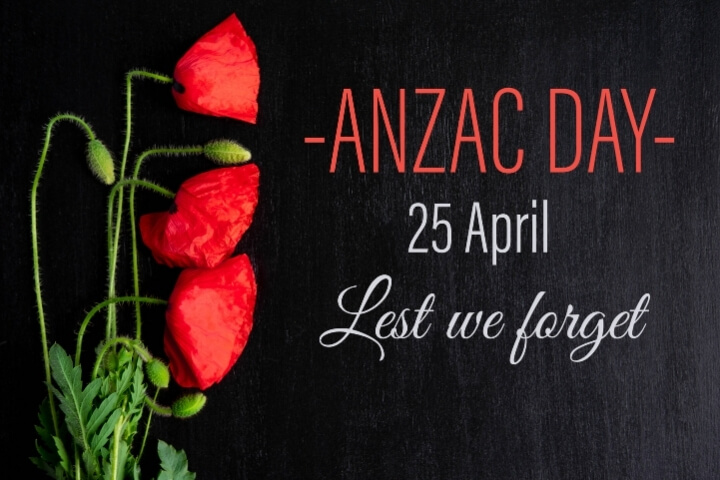 Our memorable ANZAC Day traditions - how they started

Anzac Day is one of the most important Australian celebrations, with an emotional history that has evolved into many traditions across the country. The Anzac spirit represents the positive qualities that Australian forces show in war, and these include endurance, courage, ingenuity, good humour, and mate-ship.

ANZAC, as most Aussies will know, stands for Australian and New Zealand Army Corps. It represents the courageous soldiers from Australia and New Zealand who joined forces on the first major military action in the Gallipoli Peninsula (Turkey) on April 25, 1915. The tradition of Anzac Day began on its first anniversary, which was observed in Australia, New Zealand and England, and also by some troops in Egypt. By the late 1920’s, with the Great War long behind us, Anzac Day had become a public holiday in every Australian State and Territory.

Here’s how those Anzac Day traditions, that we all take part in, got started.

The origins of the Dawn Service began with the traditional "stand-to" when troops were woken up at around 4:30am to be in position by dawn. This was to ensure that they were alert in case of an enemy attack before sunrise. In 1928, the first Dawn Service happened at Sydney's Cenotaph.

Back then, Dawn Services were very simple and traditional. Only veterans were allowed to attend, and they would gather into a "stand-to" and observe a two-minute silence. They would play the Last Post afterwards, and the service would conclude with Reveille, the bugle alarm used to wake the soldiers at that early hour. These days of course, we can all take part in the service (COVID lockdowns notwithstanding).

Although the gunfire breakfast was originally a British tradition, many Australians now follow it too. Gunfire referred to the coffee or tea laced with rum and served to the troops, along with some food (if they were lucky) to prepare the soldiers for the battle ahead. The term "gunfire" is thought to have come from the morning gun in a garrison town at that time. Today, this traditional breakfast has evolved at many Anzac Day services into coffee and rum with bacon and eggs, stew, or sausage and bread.

Rosemary is an aromatic herb that grows widely in the Gallipoli Peninsula, where Anzac Day originated. It is an emblem of remembrance and that’s why so many of us wear a sprig of rosemary on our clothing during Anzac Day celebrations.

The marches that we see today during Anzac Day originated way back in the Great War, in honour of those who were lost. The march became popular in the 1920s as the veterans’ public expression of comradeship and remembrance of their lost friends. Eventually, the marches were expanded as the veterans’ children, grandchildren and even great-grandchildren joined the parade.

Although no one seems to know exactly when the two-up tradition originated, many believe that it started during World War 1, when diggers played the game to avoid boredom. Eventually, it became popular with retired servicemen and became their ‘sport’ of choice. Fast forward to today, and two-up is almost an obligatory part of our Anzac Day traditions. Players place bets on how two pennies thrown in the air will fall - and the only day it can legally be played is on April 25.

These and many other Anzac traditions symbolise the courage, endurance and mate-ship of the troops who landed on the Gallipoli Peninsula such a very long time ago. Let’s celebrate it and give thanks to the brave soldiers who faced many fierce battles and endured many hardships so we can enjoy life and the freedoms we experience in this great country.

If you want to celebrate in style but need some extra funds for this special day, we’re here to help. Just take a look at our cash loans from $1,000 to find out how quick and easy it is to get your hands on some extra funds. Once a loan is approved, the cash is usually in your bank account within a few hours – so you can go ahead and really get into the Anzac spirit on 25 April!