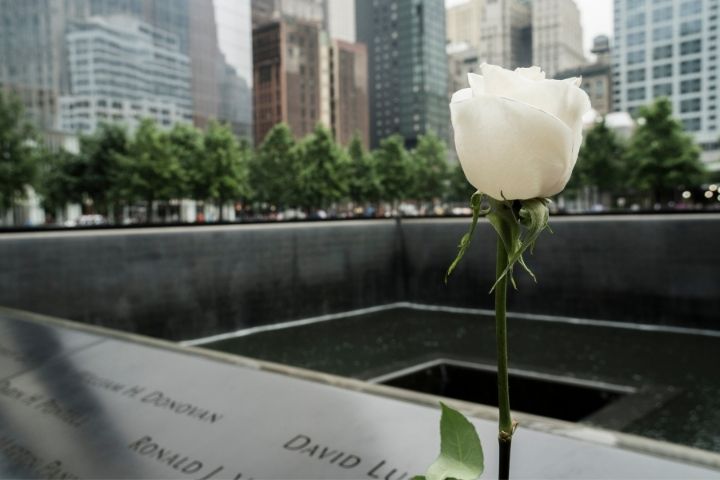 Remembering September 11, 20 years on. 8 facts you may not know

September 11, 2001 - the day the whole world looked on in horror as dark clouds enveloped New York City when terrorists attacked the iconic World Trade Centre and the Pentagon in Washington DC, killing almost 3,000 people. Those were suicide attacks against the United States performed by 19 militant members of the Al-Qaeda, an Islamic extremist group.

Whether you’re too young to remember 9/11 as it unfolded, or you still have vivid memories of it, it’s a day that’s etched in history forever. As we remember September 11, 20 years on, we bring you eight facts about it you may not know.

1. There was only a 10-minute gap between the first call and the first crash

American Airlines Flight 11 was the first plane to hit the World Trade Centre’s north tower at 8:47am of that dreadful day. The first call from the Federal Aviation Administration (FAA) reporting the hijacking came into the Northeast Air Defence Sector at 8:37am. This left just a 10-minute gap to get responders into the air to help American Airlines Flight 11. They finally got into the air at 8:53am, six minutes after the first crash.

2. 9/11 wasn’t the first attack on the World Trade Centre

Prior to the September 11 terrorist attack, there was an earlier bombing incident at the World Trade Centre on February 26, 1993. The terrorists planted the bomb in a van parked in the Centre’s underground carpark. It exploded at 12:18pm. and left an 18 metre wide crater that caused some steel-based concrete floors to collapse. The bombing attack killed six people and injured over 1,000. The damage was reported to be worth more than US$500 million.

Out of the four planes that the terrorists took over on September 11, it was American Airlines Flight 77 that slammed into the Pentagon military headquarters in Washington DC at 9:45am – almost an hour after the first attack on the World Trade Centre in New York. The fuel from the plane triggered a fire that became an inferno, causing the collapse of a large part of the huge concrete building. All 64 people aboard the plane were killed (including the hijackers) as well as another 125 people inside the Pentagon.

4. Passengers of Flight 93 attempted to retake control of the plane

United Flight 93 was delayed due to heavy airport congestion, and the terrorist attack on the World Trade Centre’s twin towers was underway when the flight got into the air. When the passengers learned that their plane was being hijacked, they attempted to retake control. During the struggle, the hijackers deliberately crashed in a field in Pennsylvania rather than give up control of the aircraft. The impact, reported to have occurred at 906 kilometres per hour, killed all 45 people on board. When the crash occurred, the plane was inverted and nose down at a 40 degree angle. All passengers and crew on board Flight 93 were nominated for the Congressional Gold Medal, which was granted on September 11, 2014.

The fires at ground zero in lower Manhattan didn’t stop until December 11, 2001 - 99 days after the attack. It was only then that construction crews were able to use heavy equipment, such as excavators to start removing debris. Ironworkers used cranes to demolish the building, and engineers worked to reinforce the giant concrete structures.

6. The September 11 attacks resulted in the biggest FBI investigation in history

With all those massive attacks on September 11, it's unsurprising that it remains the FBI's biggest investigation to date. The investigation was code-named "PENTTBOM", and over half of the entire FBI force were involved in the case, identifying the attackers and the sponsors of the attacks. More than half a million investigative leads were followed, including hundreds of thousands of tips from the public. The attack and crash sites also represented the largest crime scenes in FBI history.

7. The WTC collapsed in less than an hour

Although to anyone watching the events unfold it felt everything was happening in slow motion, the World Trade Centre started to fall in less than an hour. The first attack on the north tower happened at 8:47am and the south tower was struck by United Airlines Flight 175 at 9:03am. Fifty-six minutes later, the south tower collapsed, and at 10:28am, the north tower followed.

8. Australians were among the casualties

Our 8th entry on this list that you may not be aware of is that there were 12 Australians who died during the events of that terrible day. As the 20th anniversary of 9/11 rolls in, our thoughts are with all those families who lost loved ones, and we take the time to remember and respect the 2,977 innocent lives lost in those multiple acts of terrorism.