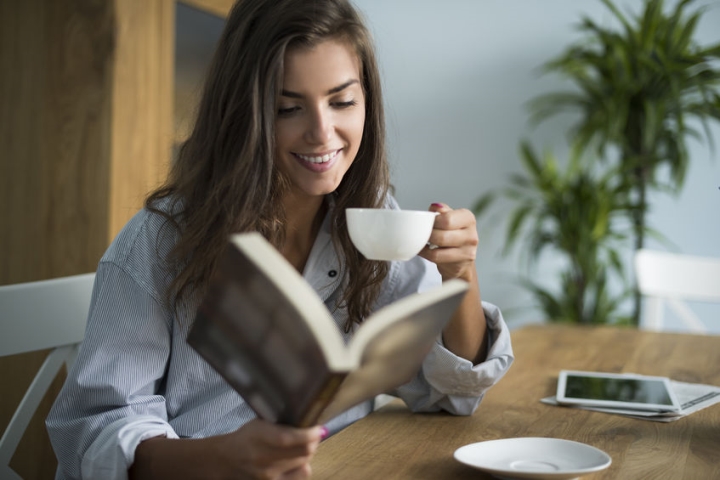 Six great books you should be reading right now

Now that the kids are back at school and we’ve all got a little extra space in our days, it’s the perfect time to catch up on some reading. We’ve checked the latest best sellers and hunted down some iconic and classic masterpieces that are compelling, inspiring and entertaining. Here’s out list of the top 6 books to read over the next few months.

1. To Kill a Mockingbird - Harper Lee

This truly is a masterpiece – and a Pulitzer Prize winning novel. To Kill a Mockingbird is a timeless classic set in the deep south of the USA. It’s a gripping and heart wrenching tale about honour and injustice, and the courage of one man in the face of blind and violent hatred. In a South that is poisoned by venomous prejudice, this is a story told through the eyes of a child as her local-lawyer father risks everything to defend a black man accused of a terrible crime.

Set 300 years before the highly acclaimed Game of Thrones books that have reached cult following, Fire and Blood is the first of a two-part history of the Targaryens. The story gives a whole new perspective on the dynamic, bloody and fascinating history of Westeros.

It’s essentially the tale of House Targaryen - the only family of dragonlords to survive the Doom of Valyria – who took up residence on Dragonstone. Fire and Blood begins their saga with the legendary Aegon the Conqueror, creator of the Iron Throne, and goes on to recount the generations of Targaryens who fought to hold that iconic seat, all the way up to the civil war that nearly tore their dynasty apart.

If you’re a lover of the adrenalin-filled Jack Reacher stories penned by Lee Child then this latest thriller is definitely for you. This is the story of Jack Reacher setting out on an epic road trip across the USA. On his way from Maine, he decides to visit his father's ancestral home - a place he'd heard a lot about as a child. But the rural New Hampshire town turns out to be more of a mystery than a homecoming when he discovers no record of anyone named Reacher ever having lived there.

At the same time close by, a car breaks down. Two young Canadians are trying to get to New York City to sell a treasure. They are stranded at a lonely motel in the middle of nowhere. It's a strange place... but there’s nowhere else.

So begins another nail-biting, adrenaline-fuelled adventure for Reacher. The present can be tense, but the past can be worse. That's for damn sure.

This is a very candid account of the former first lady’s life inside and outside the White House, and a book in which her wit and warmth really shine through. The revealing memoir offers new insights into her upbringing on the south side of Chicago and the highs and lows of life with Barack Obama.

The book confirms what was observable about Michelle Obama’s time in the White House - that while she shaped herself into the mould of what politics requires of a first lady, it was a first lady-shaped version of something real. Her genuine dislike for politics is hard to avoid, and in a book rooted in a high moral ground above insults and mudslinging, the political process itself seems the only thing she allows herself to freely insult.

The book that famously caused outrage amongst many people of Muslim faith is a series of sub-plots that are narrated as dream visions experienced by the main characters.

The complex and multilayered plot focuses on two protagonists, both Indian Muslims living in England. One is a successful film actor who has suffered a recent bout of mental illness and who is in love with an English mountain climber.  The second is a voice actor who has had a falling out with his father.

The two central characters meet on a flight from Bombay to London, which is subsequently hijacked by Sikh terrorists. During an argument the terrorists accidently detonate a bomb, destroying the aircraft over the English Channel. The book opens with the sole survivors falling into the Atlantic Ocean.

The Help is an epic story about African Americans working in white households in Mississippi in the early 1960’s. It is told from the first-person perspectives of three women – two who are maids in white households and one who is the daughter of a white family who own a cotton farm.

A Southern society girl returns from college with dreams of being a writer. She turns her small town on its ear by choosing to interview the black women who have spent their lives taking care of prominent white families. Only the housekeeper of her best friend will talk at first. But as the pair continue their collaboration, more women decide to come forward, and as it turns out, they have quite a lot to say.

If those books get you yearning to travel to the places where the stories unfolded, we’re here to lend a little financial assistance to help you get there. Just check out our flexible mini-loans from $1K - $5K to find out how quick and easy it is to get your hands on some extra funds. Once a loan is approved, we can usually deposit the cash into your bank account within a few hours - so you could start planning that literary experience trip this week!