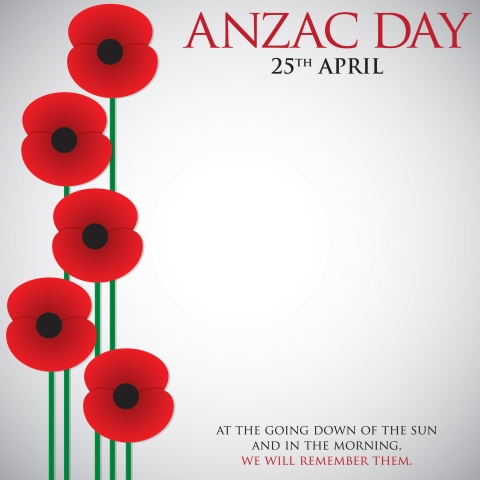 The Anzac spirit - it lives on in all of us

2017 is speeding forward at breakneck pace and it’s hard to believe that Anzac Day is just around the corner. Coming hard on the heels of the Easter long weekend, it's easy to think of Anzac Day as a chance to take the Monday off (or perhaps even throw a sickie) to make another 4 day weekend.

But Anzac Day really is a special day, a time for remembrance and reflection, for empathy and comradery – and with the current volatile situation between the USA and North Korea / Syria / Russia, a time to pray for peace.

The legend of Anzac was born 102 years ago on 25 April 1915, on the tiny Turkish peninsular of Gallipoli. The campaign was intended to force Germany’s ally, Turkey, out of the war, but in 8 bloody months of battle, British and Anzac forces only succeeded in getting a toe-hold on the peninsula. The Anzacs were evacuated in December 1915 and by January 1916 the last of the British troops were also withdrawn.

Of all the bloody battles fought in World War 1, it is the Gallipoli campaign that is seen as the founding legend that tested our nation’s response to conflict. The qualities of courage, endurance, initiative, discipline, humour and mateship that were characterised by the Gallipoli campaign came to be seen as the Anzac spirit, a spirit that lives on in all of us. It’s a “can do” attitude that comes from the enormous legacy of those who have fought for our nation.

Anzac Day 2017 may be a special day of remembrance for you or it may be just another holiday. But as 25 April approaches, take some time to think about what that fierce campaign 102 years ago must have been like. Think about all the other fallen Anzac heroes who have sacrificed so much for our country in the years since.

If you’ve never made it to an Anzac Day dawn service, this could be the year to get up early and find out why it’s such an emotional day for all involved. There is a strong sense of reverence and reflection inspired by the service held in flickering candlelight, accompanied by the solemn pause as the sun rises.

Ultimately though, there is no better way to remember and honour the Anzacs than by visiting the famous site that started the legend. Gallipoli has become a symbol of our national identity, achievement and existence. Amid the unfathomable misery of Gallipoli it took a special kind of spirit just to survive and that spirit is a palpable thing at Anzac Cove.

If you’d like to make your own pilgrimage to Gallipoli one day but need a little extra cash to get you there, check out a mini loan. It's simple to apply and we can usually get a payment into your bank account within 24 hours - so you can get on with the things that matter most to you.