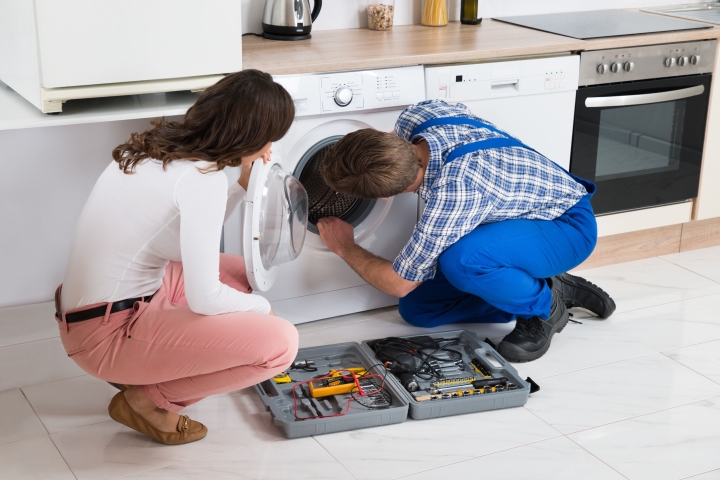 Remember the days when your new fridge or your new TV seemed to last forever? Not any longer – it seems the technical advances in today’s appliances have come at the cost of useful working life span.  Sadly, the days of appliances lasting 25 or 30 years are long gone.

According to statistical information gatherer statista.com, most major appliances last less than a dozen years, with new refrigerators doing slightly better at 13 years and ranges coming in at 16 years for electric and 18 years for gas. For televisions, according to ccm.net, manufacturers give the telly a lifespan of 40,000 to 90,000 hours – and that translates to roughly 4 to 10 years.

There are many reasons why appliances don’t last as long as they did in the past, and probably the biggest of all is that our electrical goods increasingly rely on electronics and computers. From simple LED displays to moisture sensors, ultra high definition and Wi-Fi adapters, all those extra circuits bring a higher chance of failure.

In the past, electrical components were limited to simple display technology augmenting the mechanical systems that were the main part of the appliance. But these days, all of the important electronic components are integrated into a single board – so if it goes belly up, effectively the whole appliance is rendered useless.

Add to this the increased push by manufacturers for improvements in bottom-line performance, which has resulted in a drive for lower cost components, often made from plastic that simply don’t last. Manufacturers are constantly releasing new products, and that means a rapid concept-to-launch process that doesn’t go through the same level of quality testing that once happened.

There are some actions you can take though to prevent an appliance SOS, and save yourself money in the long run. You may prefer watching paint dry to reading the care instructions that come with your appliances but the manufacturers will have some good advice on how you can keep your expensive new appliance running longer, so it’s worth taking the time and effort to review their instructions.

But at the end of the day, they just don’t make ’em like they used to, and not to put too fine a point on it, many of the appliances in your home are probably unreliable and waiting for the day they can quit and retire to the Whitsundays.

It’s Murphy’s Law that your appliances always seem to fail when you need them most – and usually when you can afford to replace them the least. If you need a new washing machine or one of your appliances has decided to pull the plug at the worst possible time, check out a mini loan from $1K - $5K - it's super easy to apply and with quick decisions, we’ll get you sorted in next to no time!